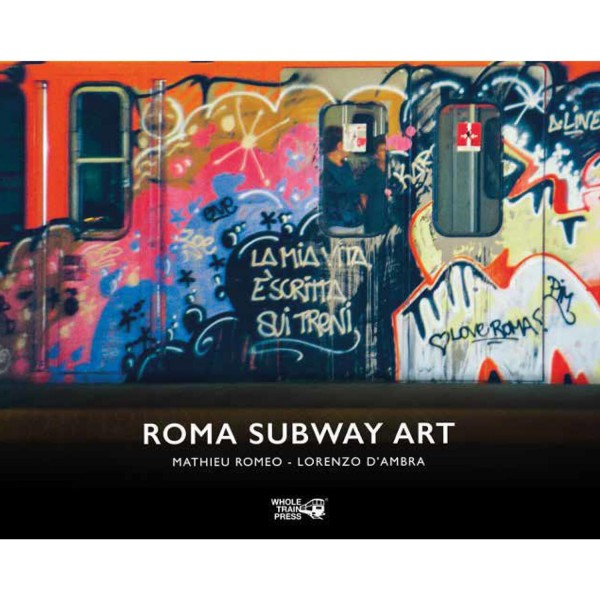 Ephemeral, exclusive, illegal. Rebellious, provocative and competitive. This was the new, popularised art form that flared up on the trains crossing the length and breadth of New York City, which was celebrated in ‘Subway Art’, the famous book by Henry Chalfant and Martha Cooper.
Fifty years have passed since the first name was written on the metro on the other side of the world, and yet in Rome the trains continue, inexorably, to be painted, still running with more or less the same large, colourful and decipherable lettering.
Thirty years of graffiti on the subway in Rome, contained in 432 pages, with stories from 90 of the most prolific writers in the Roman scene. An introspective journey through hundreds of secret archives, enriched by several shots from internationally renowned photographers who have followed and documented this cultural phenomenon since the early days, which, despite greater control and more severe penalties, do not seem to have an end.
Measures: 25 cm x 20 cm